Interaction and Interface Design for and with People with Dementia

Interaction and Interface Design for and with People with Dementia 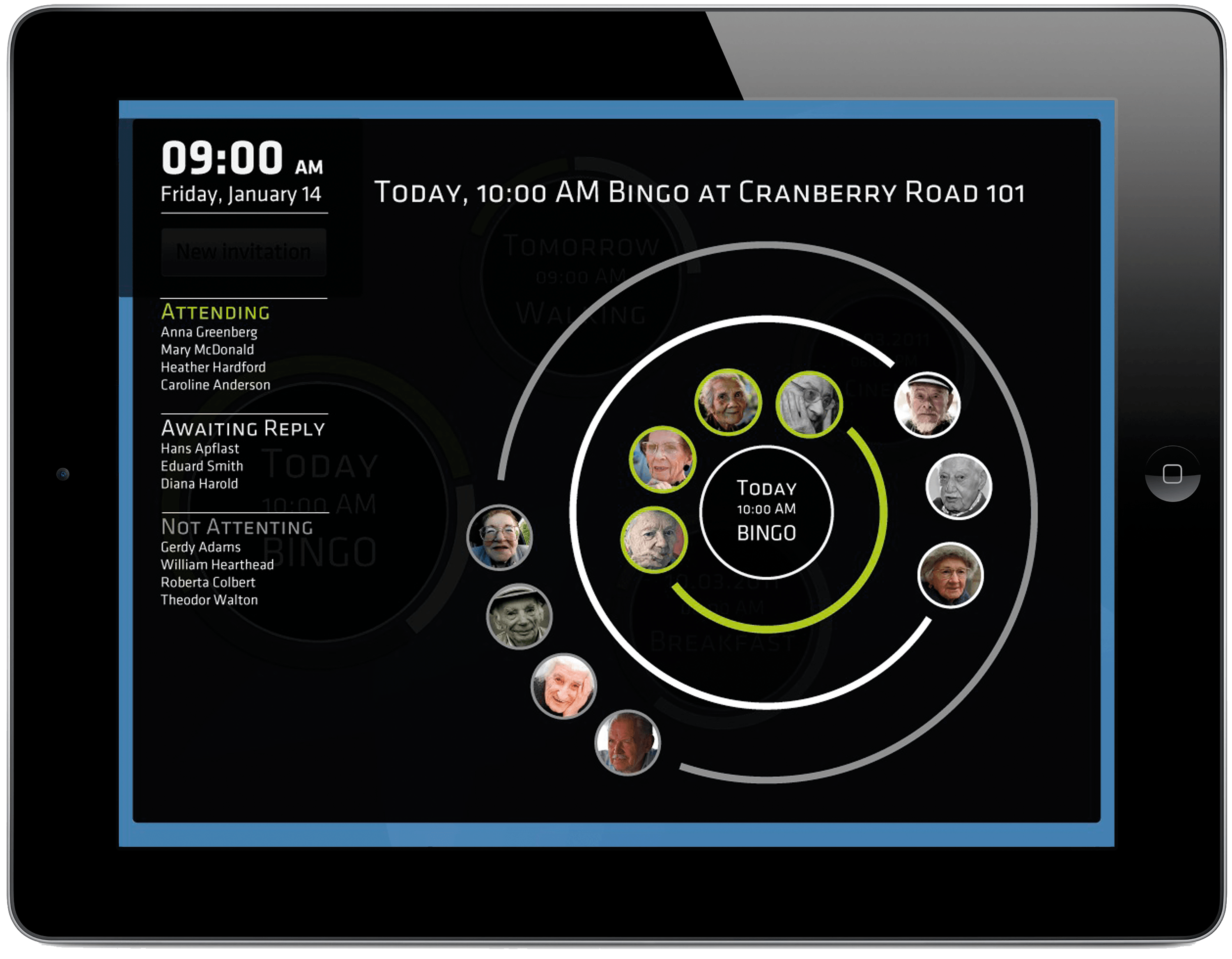 Dementia is a syndrome that mainly affects people over the age of 65 and the probability is increasing with age. Current literature and statistics show that the number of people with dementia will double by 2050 in Germany, as about 200,000 new cases are annually expected. Furthermore there are approximately 10 million sufferers in Europe and nearly 18 million cases of dementia worldwide.

People with the most forms of dementia face the progressive and nowadays still incurable degeneration of their cognitive powers and commonly one particularly devastating effect – loss of memory. This affects their ability to carry out previously familiar tasks, like getting dressed or making a cup of tea, and to recognize places, individuals and objects. Those with dementia often feel lost in terms of time and place. As symptoms progress people with dementia increasingly become dependent on others to help them cope with the challenges of daily life.

This research concentrates on interaction and interface design, investigating how contemporary technology could support people with dementia to handle their daily tasks and activities, such as remembering appointments, maintaining social contacts, performing activities of daily life and organizing their day.

The aim of the Interaction and Interface Design for and with People with Dementia project (in collaboration with T-Systems) is literally to help people with dementia navigate through their day and to explore how interaction and interface design can be as simple and understandable so people with progressive cognitive impairment can independently use it.

In the project, people with mild dementia are the primary target group and they and their informal and professional carers are included in the development process of an application that aims to support them. User-centered and co-design methods are being used to involve stakeholders of dementia in this process, create new ideas and make decisions based on their experiences, rather than focusing on technology only.

Mayer, J.M. & Zach, J. (2013). Lessons Learned from Participatory Design with and for People with Dementia. Proceedings of the 15th international conference on Human-computer interaction with mobile devices and services.