Production Possibilities of the Maker Culture

Production Possibilities of the Maker Culture 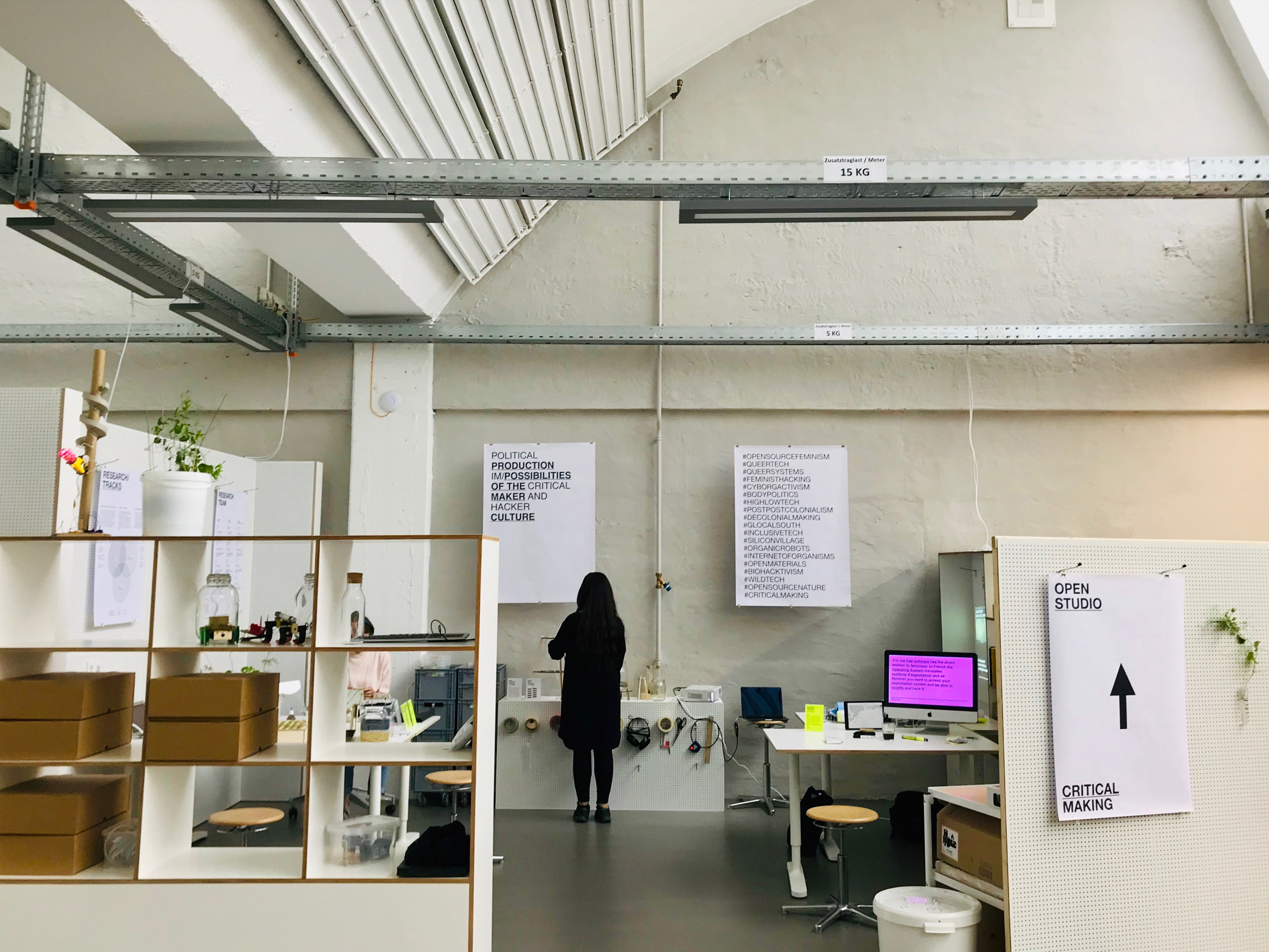 ‘Production Possibilities of the Maker Culture’ is an interdisciplinary research group at the UdK Berlin / Weizenbaum Institute for the Networked Society. Hosting researchers with backgrounds in design, art, gender and sociology, the group takes a practice-based design research approach to investigating the potential of ‘critical making’.

A potentially new path to strengthening social self-determination is currently emerging through hacker- and maker communities, in which citizens participate directly in the development and production of new technical artefacts. These movements operate as decentralised networks of producers who engage into a ‘glocal’ development of new systems and artefacts through digital production possibilities such as open-source code and rapid prototyping. In many cases, the production takes place in a meshwork of informal and temporary labs that operate as open eco-systems of actors and resources.

This democratisation of technology in a globally connected open-source network makes evident an increasing decentralisation of power structures and production, making possible the experimentation with new forms of collaboration – but under what conditions can this democratic potential unfold, and democracy for who? A central question of the research group is therefore in which way open lab structures in their diverse forms can provide an access to technologies on a base of diversity and inclusion.

With a focus on the three topic-areas of gender, sustainability and development, the research group explores in which forms the democratisation of technology can help to achieve a greater accessibility and multiplicity. These questions are empirically examined and put into an international dialogue in order to locate overarching tendencies and challenges, and the practice-based method of ‘critical making’ is employed to create own design experiments and interventions as contributions to the discourse.