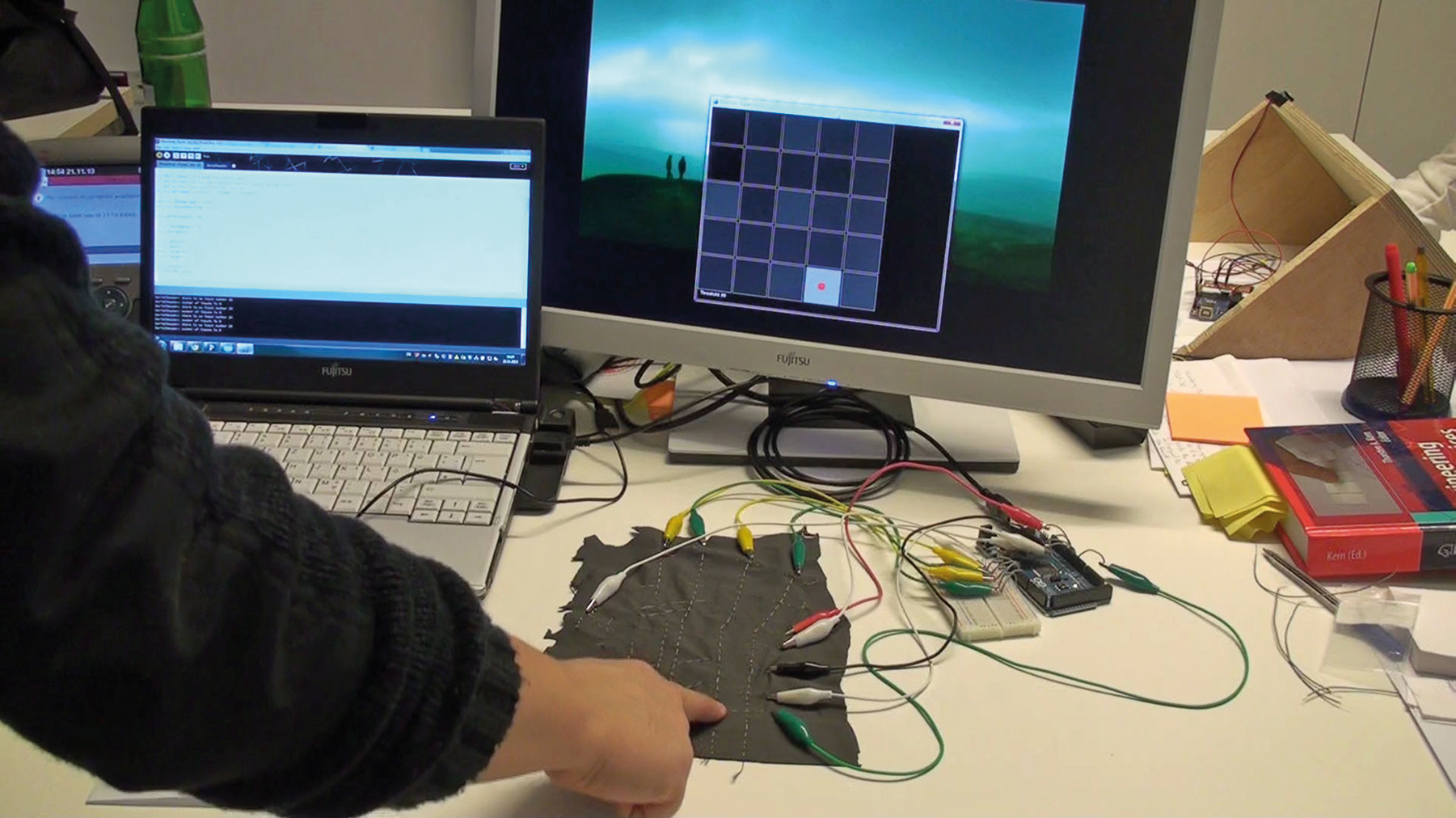 With an ageing population also the role of technology design changes. The raising awareness of accessible design and technology is also related to the global demographic development and the associated certainty that an increasingly ageing population will be confronted with a growing number of physical limitations, such as age-related visual or hearing impairments.

In this research project we focus on the phenomenon of access difficulties for visually and/or hearing impaired people to information channels and communication systems. We discuss the possibility of using a communication method based on the principle of interaction tactile input and output options with body-part interfaces (e.g. the hand). It is based on the assumption that this development also brings an added value to a variety of other users, not just elderly people .

A first experimental phase was conducted to test the feasibility of a flexible touch-sensitive surface made up of discreet points, created by the intersection of conductive thread.

The project is funded by the Federal Ministry of Education and Research (BMBF – Bundesministerium für Bildung und Forschung).