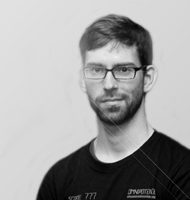 Matthias Löwe is engaged in workshops, talks and festivals of the Initiative Creative Gaming to establish an artistic and creative use of games by kids. As an interaction designer, he is researching playful interaction and procedural rhetoric. He is also staging gamejams, interactive theater and various gameculture-events with Gamestorm Berlin, shows game movies at the regular Night of Machinima and co-organizes A MAZE. events like the first European and first African indiegamefestival. Matthias joined the Design Research Lab Berlin in summer 2008 and is now coordinating the Code Week Award and the Code Week initiatives in Germany since 2014.