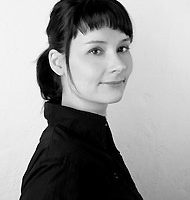 Susanna Hertrich holds the position of visiting researcher at Design Research Labs specialising in methods of Critical Design and Design Fiction. Having studied under Dunne & Raby, Susanna holds an MA from the Royal College of Art in London additionally to a diploma (Dipl. Des.) from the University of Applied Sciences in Düsseldorf. Between 2002 and 2006 she was appointed Professor at Bergen National Academy of the Arts in Norway. Former affiliations include Meta Perception Group of University of Tokyo, Pervasive Interaction Lab of Open University (UK) and the People and Practices Research Group of Intel Corporation in Portland (USA). Susanna Hertrich’s works appear in international exhibitions, as well as in academic publications and receive acknowledgement from both, design and art audiences.